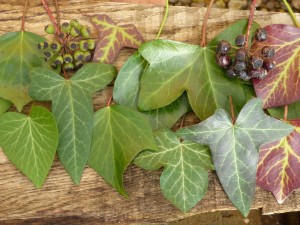 At this time of year when deciduous trees and shrubs are only just beginning to bud, the glossy evergreen leaves of ivy and its tangle of climbing stems really stand out. Common ivy in fact provides a year-round place for a variety of creatures to hide, breed, feed and even hibernate. It is easy to recognise and is found growing almost everywhere – up trees and old walls, in hedges and carpeting woodland floors, and its value for wildlife makes it a great focus for investigations.