Holly is well known and loved for its spiky evergreen leaves and bright red berries, and as a symbol of Christmas. In homage to the twelve days of Christmas, here’s twelve fascinating holly facts and activities that you can use on an outdoor walk or lesson. 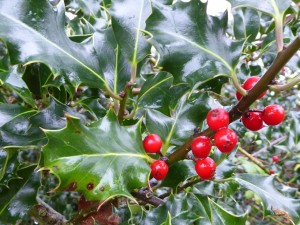